Why are you making an incredibly useful app??? (Part 1)

November 03, 2015
Yes, someone did ask me that last week, when I was in Madrid, on study leave for my MBA.  I had just shared ReMynd with a professor if innovation.
And it wasn't I who mentioned it was incredibly useful, though, of course I think it is! This colleague of mine used it, loved it, saw the value in it, and blurted the question out.  I can understand the true nature of the question - it wasn't about the app, it was about why I, Zubin, built it. And part of the wonder was how I built it.
Let me start with the "why".
Every year I give myself a personal stretch project. Last year it was about learning first-had about entrepreneurship. The theory, effort, discipline, best practice, self mastery, courage and sheer hard work it takes to even develop an idea single-handedly. I got accepted into the Founder Institute chapter in Melbourne and went half way through the program before I had to bow out to go to Indonesia on work for several weeks ].  However, through all that I managed to design, conceptualise, develop and test my idea. I even hired a small team of freelancers in different parts of the world to develop my ability to lead diverse virtual teams. We built the Noble Genie platform, and it sits on my server at home today, waiting to be unveiled.  Regardless of whether I press play on Noble Genie, or not, between that experience and my experience setting up a JV for my employer in Indonesia I learned a massive amount about entrepreneurship.
This year, it was about understanding how basic software is developed. I studied a few coding languages, some computer science theory, and decided I wanted to know how to build an app. So I cast about in my head looking for a problem I really wanted to solve for myself.  A simple, every day problem that is universal but not sexy enough to solve.  I was clear that I didn't want to create a software business - I wanted to build something useful and meaningful,  not necessarily profitable.  I firmly believe that thinking about monetising it would contaminate my thinking.  I had only one simple test to validate my idea - is it "damn useful".
And that brings me to the "how".
ReMynd was born out of that stubborn insistence on ignoring profitability.  Instead paid attention to things that irritated me everyday. Little failures of mine that I thought could be solved by technology.  It wasn't long before I noticed just how forgetful and disorganised humans are. Of course, our enormous modern cognitive loads compound the problem - making us mentally tired, forgetful and also making it very hard for us to switch rapidly from task to task.  Like all of you, I am perennially fielding a barrage of communication from people, and also barraging others with information often.  A lot of the time I can't get through to people, or they can't get through to me.  My brain holds lots of tiny, disparate bits of information that I need to share with others. Conversely, I need people to give me data that I don't always have handy.
And so it came to me one day that we have all these reminders that pop up annoyingly and uselessly at pre-set times. We have evolved to location based reminders too, so I know to call my mum for her birthday when I get home after work, for example. But, speaking from my personal experience with these, they're pretty annoying and useless because I snooze or dismiss them a lot more often than I use them. Because time is so fluid in a working day, what seemed like a good time four days ago is not any longer!
I also noted that I use sticky notes and scrawls on my hand to remind me of things I need to speak to people about.  When I do make contact with those people I often don't have those sticky notes near me, or my scribbles on my skin have smudged indecipherably.
And it wasn't just me.  Everyone I spoke to related to this problem - their eyes lit up when I asked them about it.
So I invented ReMynd.
Next week I will share with you the journey of ideation, design and execution for ReMynd.  In the meanwhile, check it out at www.getremynd.com or on the playstore, and drop me a line at zubin@getremynd.com, especially if you've got feedback!

Popular posts from this blog

Switching from law to business (Part 2) – What’s it like 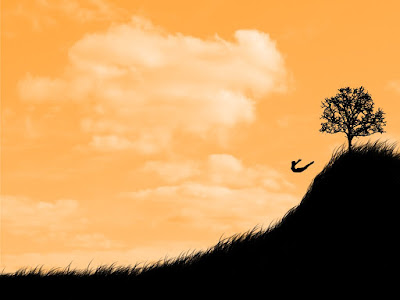 In my last post , I had shared with you some of the insights I developed when transitioning from law (a technical, licensed profession) to “commercial” (a generalist, non-licensed vocation). In this post I would like to share my personal experiences on what it’s like “on the other side”. Scores of people have asked me this, and I cant help remarking at the phraseology – the other side. It sounds like there is a line, or perhaps a chasm that needs to be crossed, or perhaps a dark, mysterious river to be forded. Or perhaps it’s just a huge psychological leap of faith. In any event, I was by no means alone in wanting to make this leap. And that’s why I feel compelled to share with you these thoughts. I know most people who are looking to change careers at a mid-senior level would experience considerable doubt and anxiety over the decision. Perhaps my posts will help you. Technical to general – how your frameworks are completely different The first big adjustment is to re
Read more 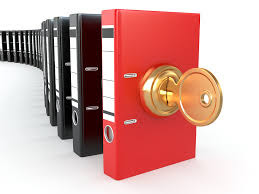 If you’ve been on Earth the last few years you’ve probably heard someone exult about bitcoins. If you’re the sort to describe wine in terms of its human attributes (tantalising, playful, teasing, coy, full-bodied) then you’ve probably talked airily about “cryptocurrency” and “encryption algorithms”, perhaps while fondly stroking a crystal decanter filled with a playful wine infused with memories of summer berries and earthy woodiness.  So, if I may for a moment, pause this heady feeling of tech savviness to observe that there appears to be a great deal more to this bitcoin thingy than just cool cash conveyance.   Bitcoin is not so much an invention (IMHO) as one (and only one ) clever application of a much cleverer technology – the Blockchain . The application of this technology is totally predictable but the beauty is that the technology itself was less expected). At this stage, the more honest among us are thinking “ what is the blockchain?”.   And the win
Read more